Each year between May and July, countless millions of sardines begin their annual migration, dubbed the “sardine run.” The sardines, also called pilchards, spawn in the cool waters off of South Africa and then migrate northward along South Africa’s east coast. 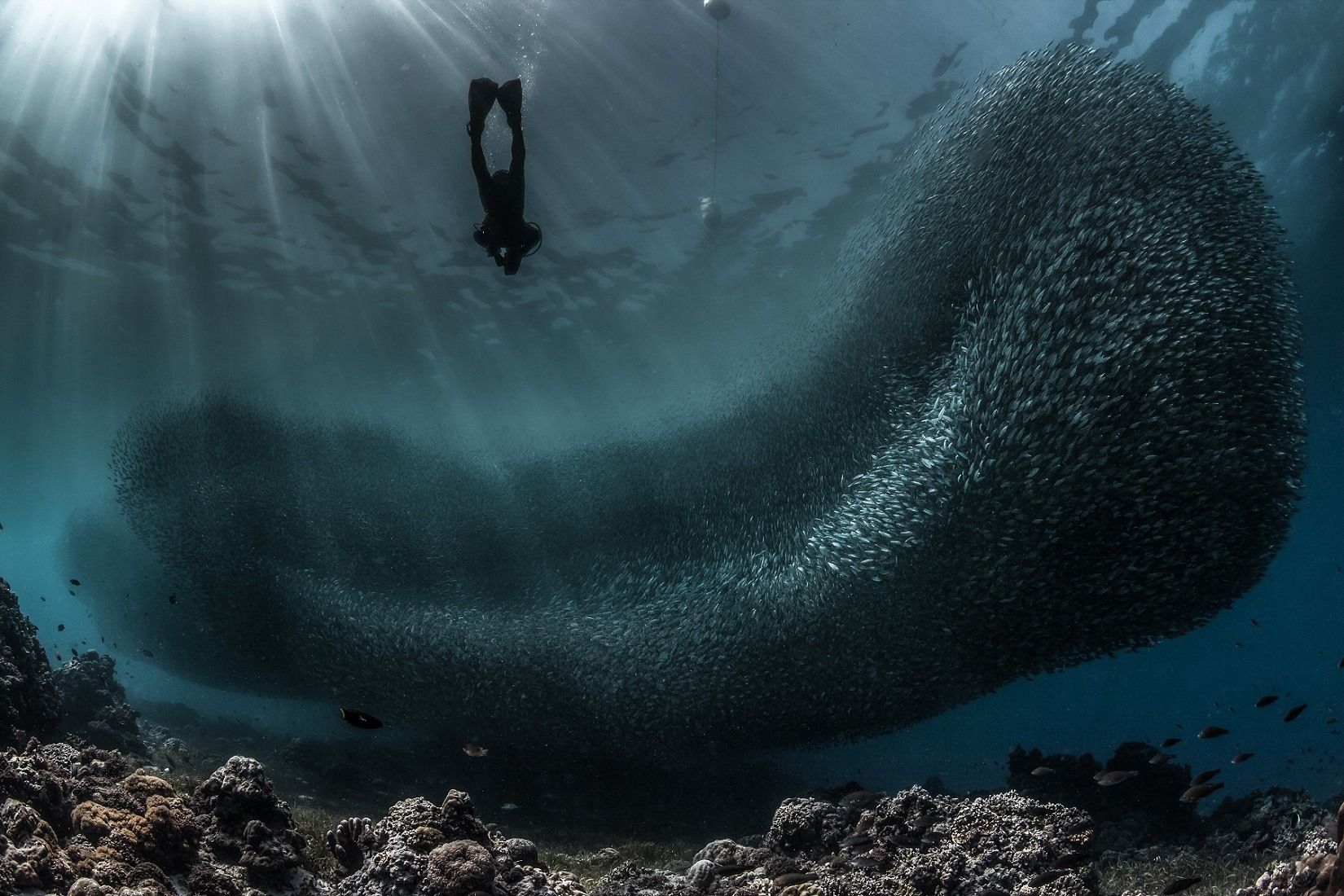 The run is sparked by a cold current that travels from the Agulhas Bank northward to Mozambique, where it veers away from the coast and east to the Indian Ocean. Visible even by satellite, researchers estimate that the sheer biomass of the sardine run easily rivals the East African wildebeest migration. This seething mass of sardines can be up to 15 km in length, 3 ½ km wide, as well as nearly 40 m deep and it sparks a feeding frenzy all along the coast. The sardines shoal together tightly to minimize their risk of being eaten by predators. Birds by the tens of thousands plunge from above to feed on the fish while larger game fish as well as numerous shark species feed on them from below. The sheer numbers and variety of sharks is amazing. Zambezies, coppers, hammerheads, and great whites are all seen in great numbers. As the sharks and other fish feed below, gannets and other sea birds arrive by the thousands to plummet from the sky and get their share of the sardine run’s bounty.